After doing competitive analysis, building out audience personas and crafting your killer piece of content there’s a final (and extremely important) piece of the puzzle… 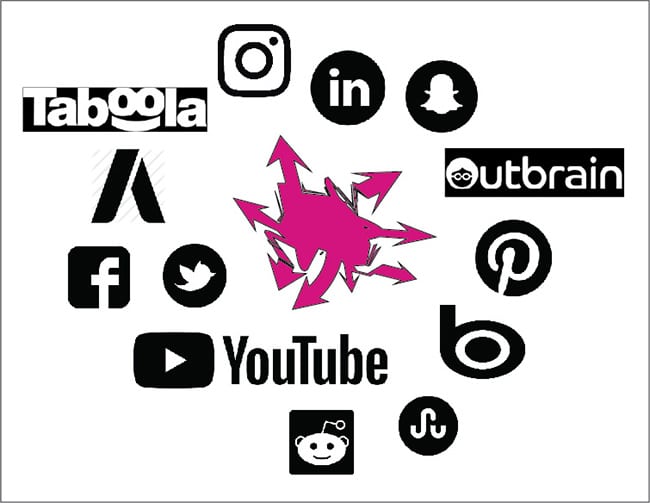 “NO ONE will see your content unless you get off your butt and promote it.” – Brian Dean, Backlinko

Rather than launch your content and pray that someone stops by to check it out – we put as much effort into getting it noticed as we do in creating it.

Sometimes even more time is budgeted towards promoting the content.

This is achieved by using the triple threat of paid, owned and earned media. 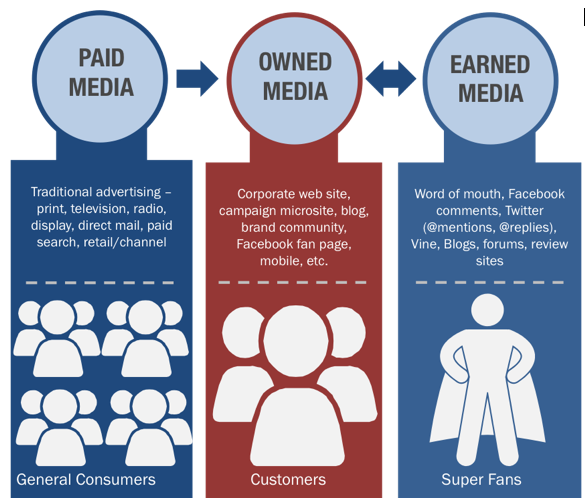 By using paid social ads we can get your new content in front of a highly targeted audience. It could involve paid Facebook ads or promoted tweets. Or if it’s highly visual content – Pinterest might be another option. We determine that with you on a case by case basis.

Here is where we push out each piece of new content to get in front of your existing audience. We get the word out via your blog, Facebook fans, email list and any other prebuilt audience that you may already have.

Earned media is some of the most valuable exposure that your company can get – both due to authenticity and potential massive reach.

It comes in the form of blog and trade magazine write-ups, influencer mentions and shares, pickup by aggregator sites such as Reddit. It’s from highly targeted paid promotion on owned media that we hope to achieve earned mentions.

By reaching synergy between the three media we keep growing your audience size and reach – making it easier each time we publish a new piece of content.