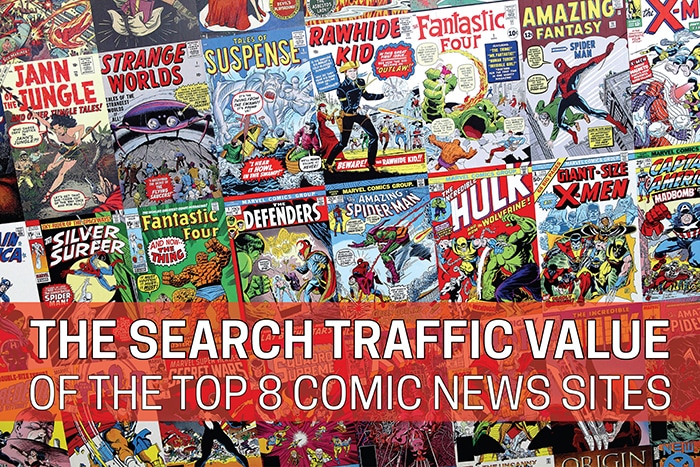 $670,000. That’s the estimated value of all the desktop and mobile traffic that visited Comicbook.com in September. Simply put – you’d have to spend just shy of 700 grand (over a 30-day period) to generate the online exposure that ComicBook.com receives organically. Sweet Christmas!

Over the past two decades, comic news sites have transformed from hobby sites to full blown media properties that are now part of lucrative digital portfolios.

Some of the top sites are newer properties owned by media networks while others have been slogging it out since the early 2000’s harkening back to an era before comic book movies swallowed the universe.

Three events in 2016 caused me to want to look under the hood of 8 of the largest sites.

First: the sale of the web’s largest (and one of the oldest) comic news sites, Comic Book Resources (now CBR.com) to ValNet Inc – an online media publisher.

Second: June 2016 was the biggest sales month for comics in 20 years.

And third: Most of this year’s major comic book films have opened – except Marvel’s Doctor Strange – and we’re apparently hurtling towards “peak superhero” at the movie theaters. 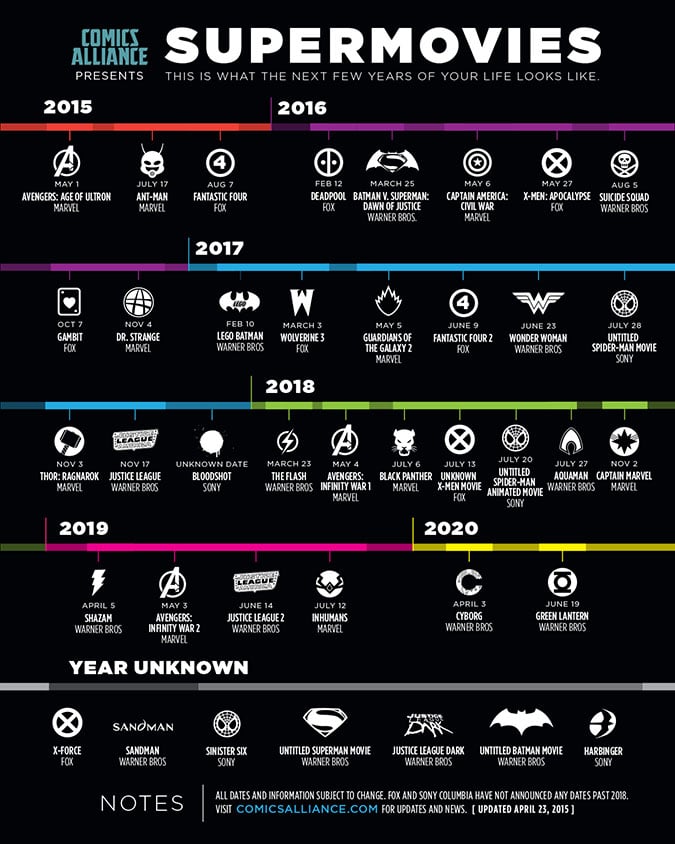 So what did I find? Several things…

The comic news sites at the top of the food chain are doing big numbers both regarding traffic and $$$.

Domain Authority is a score (on a 100-point scale) developed by Moz that predicts how well a website will rank on search engines. [source]
The next six metrics were all gathered from using SEMrush – a digital tool that is specific to finding profitable keywords via analytics.
SEMrush Rank: a complete listing of the top 100,000 domains in SEMrush’s database, ranked in order of their keywords and estimated traffic coming.
Keywords: The number of keywords bringing users to the website via Google’s top 100 organic search results.
Traffic: The number of users expected to visit the website in the following month on condition that average monthly organic traffic stays relatively the same.
Traffic Cost: Estimated price of organic keywords in Google AdWords.
Total Backlinks: The number of links pointing to the queried website.
Referring Domains: The number of domains pointing to the queried URL.
First Page Rankings: A random sampling of keywords that the specified site ranks for organically on the first page of Google. On average, 71.33% of searches result in a page one organic click.

All research was done on Tuesday, September 27th. So keep in mind that the data (traffic / rankings) fluctuates minute to minute online. View this as a snapshot. 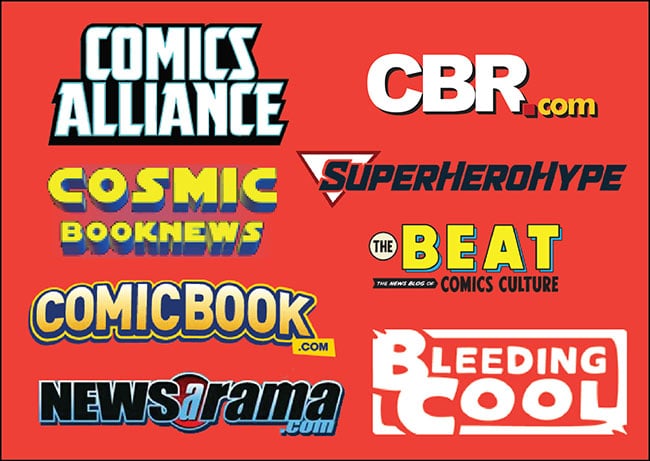 Comic Book Resources was founded by Jonah Weiland in 1995. On April 4, 2016, Weiland announced that the site had been sold to ValNet Inc., a company that is known for its acquisition of other media properties such as Screenrant. The site was relaunched as CBR.com on August 23, 2016.

As we can see – CBR.com is quickly recovering from its migration over from the old domain name. Moving an almost 2 million page website over to a new domain is a massive undertaking.

Newsarama has been a mainstay on the internet for 21 years now. It began life in the summer of 1995 as a series of forum postings on the Prodigy comic boards. After several iterations – including life as a comic news column on several prominent sites in the early 2000’s – Newsarama.com ended up on Kevin Smith’s ViewAskew.com network of sites.

The site has changed owners several times over the past decade. Imaginova acquired it in 2007. TopTenREVIEWS snapped it up in October 2009. It now resides in the portfolio of Purch Group, Inc. formerly known as TechMediaNetworks.

ComicsAlliance began life as part of AOL’s media network. AOL shut the site down in April of 2013. They were back up and running in June of the same year. They are currently part of the ScreenCrush Network owned by Townsquare Media  who also have XXL, PopCrush, Consequence of Sound, Gorilla vs. Bear and Brooklyn Vegan in their portfolio of sites.

Bring Us A Dream: What Sets Neil Gaiman’s ‘The Sandman’ Apart?

20 Black Comic Book Creators on the Rise, Part One

SuperHeroHype is a property of Crave Online Media.

Tom Hiddleston Reveals Why Loki Was Cut from Avengers: Age of Ultron

The Batman v Superman: Dawn of Justice Trailer is Here!

Bring On The Nostalgia: Netflix Releases All 99 Episodes Of Animaniacs

In 2007, Joe Blackmon and a partner created ComicBook.com, an online site dedicated to news surrounding comic creations and related pop culture. In 2012, he began focusing on the site full time, generating as many as 1.7 million unique visitors per month and two consecutive years of triple-digit traffic growth. [source]

Michael J. Fox And Christopher Lloyd Reunite For Back To The Future Extended Toyota Video

The Expendables 4 To Begin Filming In 2016

Heidi MacDonald, a former editor for DC Comics’ Vertigo Imprint, runs The Beat. She created her blog “The Beat: The News Blog of Comics Culture” over at Comicon.com in June 2004, before going independent in 2010.

It’s one of the last big sites that still focuses primarily on comic books – rather than the movies based on them. The site generated $45,000 worth of online exposure in September. That’s outstanding!

Guest Column: I’ve had it with The Walking Dead over how it portrays Black men

Cosmic Book News was founded in 2008 to promote “cosmic” and sci-fi comic books, movies, television, video games and more. They’ve since expanded to include all forms of Pop Culture and various entertainment.